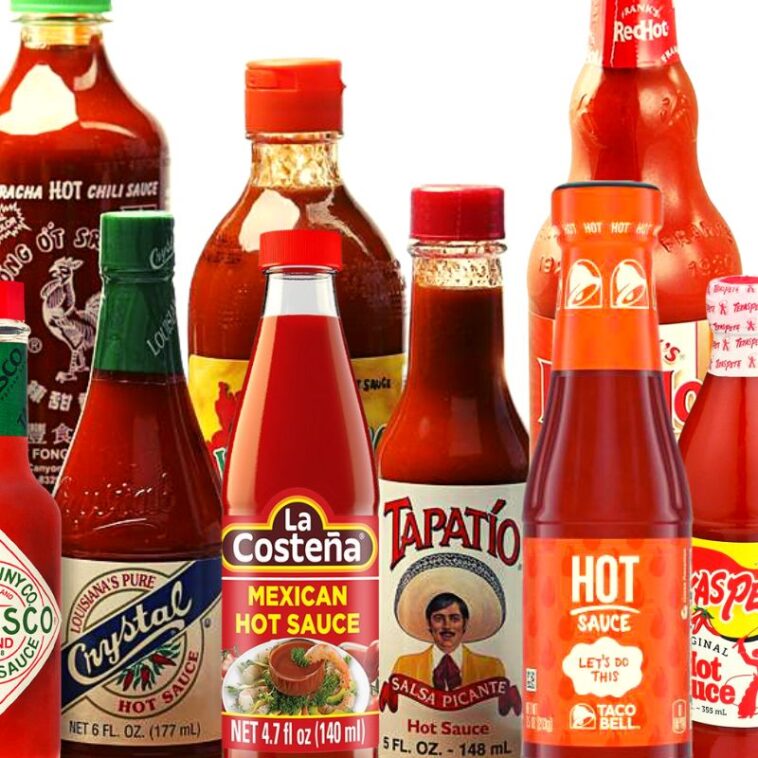 If you’ve run out or need a cheaper substitute, here’s a list of Cholula Hot Sauce substitutes with comparable heat and flavor profiles. These subs are readily available at your local market.

What is Cholula Hot Sauce?

According to Instacart, Cholula hot sauce is the best hot sauce in America. Cholula is a high-quality hot sauce made from arbol and piquin peppers. Cholula is now widely available in supermarket aisles throughout the United States as a result of its popularity.

Ahead, check out the 9 best Cholula substitutions.

Valentina is my personal favorite Cholula Hot Sauce sub. Valentina’s ingredient list is very similar to that of Cholula hot sauce. Chili peppers, vinegar, salt, spices, and sodium benzoate are all included (as a preservative).

Valentina Hot Sauce is a good bet and it can serve as a substitute for Cholula. The reasonable price point is a clear plus too.

Tapatio is a well-known Mexican and American hot sauce. It made the list due to how easy it is to find on the supermarket shelf and it’s affordable price. This south of the border hot sauce is ubiquitous and now available in most major supermarket chains across the United States.

Tapatio is made from red peppers and adds a lot of heat to a dish. It’s hotter than Cholula Hot Sauce sauce, but it’s also frequently used as a substitute. To reduce the heat, add a tablespoon of fat (such as olive oil) or cornstarch.

This Mexican hot sauce gets its kick from both fresh and dried red jalapeno peppers. The two hot sauces are very similar, with Cholula having a slight garlic flavor. While La Costena has a mild onion taste. They can be used interchangeably, but their flavors are subtly different.

Everyone loves Taco Bell’s hot sauce! Check your kitchen drawers and you will likely find a few packets of Taco Bell hot sauce. In a pinch, Taco Bell hot sauce is an excellent replacement for Cholula Hot Sauce. Their hot sauces are made with tomato paste, jalapenos, vinegar, salt, and spices. Like Cholula, Taco Bell sauces are delicious, mouthwatering, and simply irresistible.

If you want your dish to have the same level of heat as Cholula Hot Sauce, Texas Pete is an excellent choice. Texas Pete’s sharp vinegar tang is comparable to Cholula. But it lingers on the tongue longer than Cholula Hot Sauce. Its not too watery or too thick, just like Cholula.

Frank’s Red Hot is a very popular hot sauce in America. It’s the #2 selling hot sauce after Cholula. The two hot sauces have very similar ingredients, with Frank’s using aged peppers. They both have that tasty garlic in their recipes, so there’s that.

Sriracha was worth including on the list because it is made from similar ingredients: a chili pepper paste, distilled vinegar, garlic, salt, and sugar.

The sauce is a bit hotter than Cholula Hot Sauce, with a sweet and tangy flavor. It also has strong garlic undertones and a thick, ketchup-like texture.

Although Tabasco is a thin sauce, it’s a bit hotter thank Cholula. The dialed up heat is due to the use of Tabasco Peppers. Tabasco sauce is considered less “flavorful” than Cholula hot sauce due to the absence of garlic powder which is featured in the Cholula recipe.

Did you know that?

Cholula Hot Sauce, does not need to be refrigerated. Vinegar acts as a preservative. Refrigerating the sauce may actually dull its flavor. However, Cholula recommends using it’s hot sauce within 6 months after opening.

How hot is Cholula hot sauce?

What is Cholula Hot Sauce made of?

Why is vinegar used in Cholula Hot Sauce?

Capsaicin (the active ingredient in Arbol and Piquin peppers) has antioxidant, anti-inflammatory, and anticancer properties. Cholula Hot Sauce is also Keto as it doesn’t contain any added sugar or sweeteners.

How popular is Cholula hot sauce?

If you found this article on the best Cholula Hot Sauce substitutes helpful, please share it with your friends and followers.